Orlando City Lions and a Quick History of Sports in Orlando 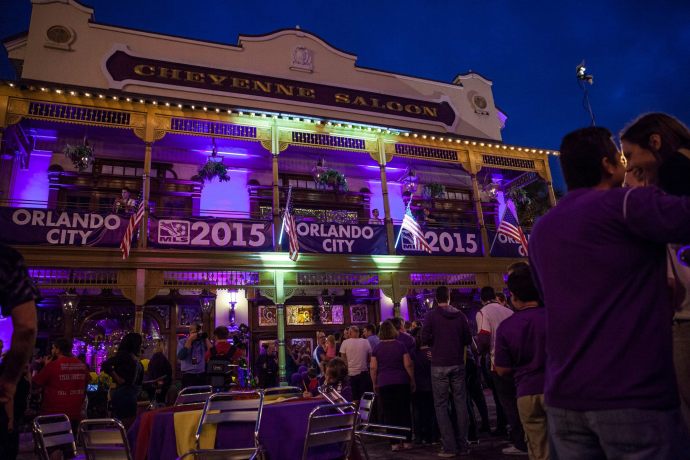 Major League Soccer comes to Orlando in 2015 when Orlando City Soccer joins MLS as an expansion team.  The announcement was held at the historic Cheyenne Saloon on Church Street.   (RetroPost: Historic significance of Church Street)  The Cheyenne Saloon was where the Orlando Magic, our other current major league team, was announced in 1987.

Baseball in Orlando goes back to the 1910’s, and might be most notable for hosting spring training.  The Minnesota Twins trained here for decades (RetroPost:  The Twins in Orlando).   Orlando had a baseball team off and on- from 1919 until 2003 largely in the Florida State League.   Known as the Orlando Rays for the majority of 40 years when the team dissolved in 2003, there were previous clubs, incarnations, and affiliations: Orlando Tigers, Orlando Twins, Orlando Dodgers, Orlando Seratomas, and Orlando Cubs.

Orlando football’s most recent success was indoors with the Orlando Predators (since 1991).  However, professional football goes back to the 1960’s and the time of the Continental Football League and the Orlando Panthers.  The Panthers played from 1966 until the league folded in 1969, and won two league championships during that time.

Other football in Orlando (all of which played in the Citrus Bowl):

Orlando City should see greater success and longevity because of an existing and enthusiastic fan base and the investment of a new soccer stadium west of I-4.   Perhaps Orlando’s greatest football glory will not come in American Football but in futball (okay, soccer).

A look back at past Orlando football club logos: