The Other Lake Eola Fountain

Posted on September 7, 2013 by Steve Herring 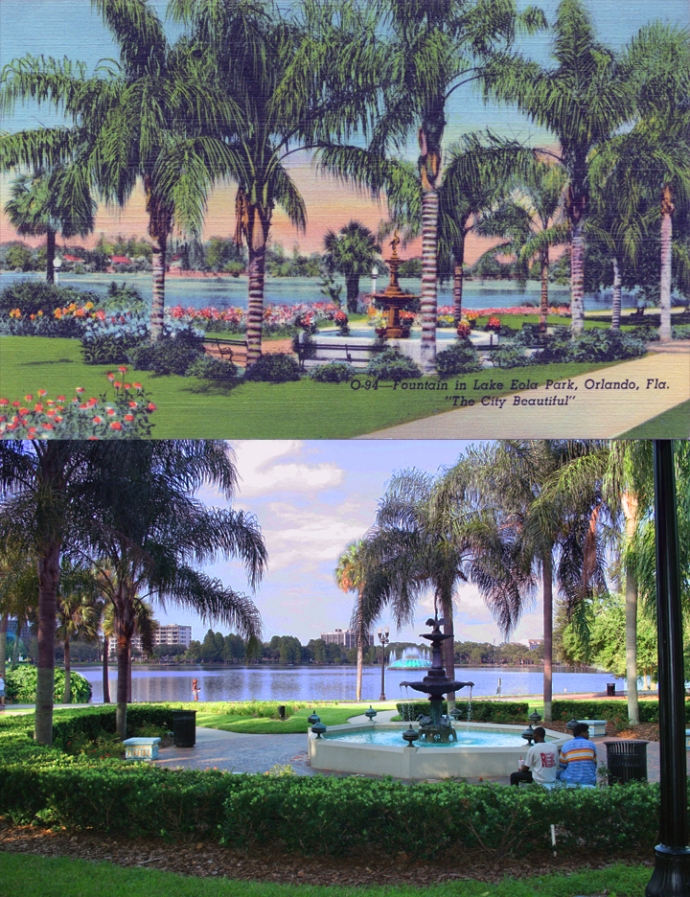 The Other Lake Eola Fountain

We all know the fountain in the middle of Lake Eola — the one surrounded by swan boats and serves as a city icon for Orlando.  That fountain is the Linton E. Allen Memorial Fountain, better known as the Centennial Fountain.  However this post is not about that fountain, this is about its less popular sister, the Sperry Fountain.    Not much attention is directed toward the Sperry Fountain, which has been part of the scenery at Lake Eola for a century. 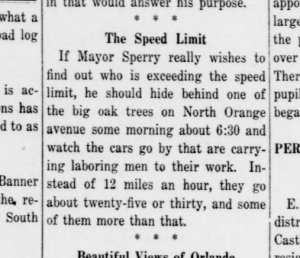 E. F. Sperry was one of Orlando’s pioneers.  Originally from Connecticut, he moved to Orlando in 1885 after vacationing in the area.   Within a year of moving here, he co-founded the South Florida Foundry and Machine Works.  Providing metal works for iron stairs, balconies, trains, and fencing, it grew into one of Orlando’s earliest industries.  Mr. Sperry did well for himself.  He had a home on East Pine Street and owned property that included the southwest portion of Lake Eola.

When he later sold his interest in the machine works, he remained active in the community.  Sperry served on the city commission, the park commission, the Orlando Citrus Exchange (as president), and was a founding member of the First Unitarian Church of Orlando when it started in 1912.  A progressive man, Sperry was the first president of the Men’s Equal Suffrage League, which worked to help woman gain the right to vote.

His civic involvement led to his election as mayor in 1914.  Around this time he donated his Lake Eola land to the city.  His property completed the shoreline for our city’s most famous park.  (Pioneers Jake Summerlin and J. P. Mussellwhite contributed the rest of property to the city.)   Sperry also provided the $2000 for the fountain that bears his name.

Sperry fountain in the 1960s

Sperry never finished his first mayoral term and suddenly passed away in 1916.  His legacy continued when his successor, Mayor James L. Giles, continued the fight for women to gain voting rights.  Less than three years after Sperry’s death, the City Council voted to amend the city charter allowing women to vote in Orlando.

Although the original fountain has been replaced, March 2014 marked 100 years of operation for Mayor Sperry’s fountain.

7 thoughts on “The Other Lake Eola Fountain”